By nlbsmglsk,
July 2 in Rocksmith Championship 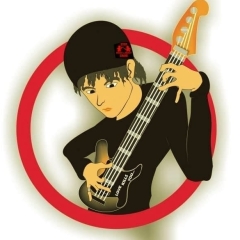 week result: @ nlbsmglsk thanks for choosing this song  this my mc result this week, great slap part.

Bass Fun playing I would have had a much better score if I had played this casually. But I tried to play this properly, using slap & pop. It sounded pathetic, but