By Mikson,
May 15 in Rocksmith Championship 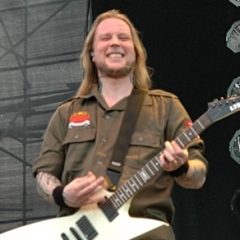 This is my first time playing in the championship 🙂 wanted to join last week but didnt like any of the songs. Just trying to figure out what class i belong to, i'll try the INT song next.

Note: This week I made most of my own choices, mainly because I started yesterday so I didn't have time to test. I hope that the selection will be good. As we have a lot of bass players here

For adv bass this one is still like long solo for me 😉 . Cool song though so not a huge paint in the back to play it few times and one more :D.  the biggest problem i have in finding a right