We have upcoming scheduled maintenance to be performed on Sunday around 9 PM EST. Please note the website will be offline for several hours. Make sure to stock up on all of your CDLC needs.
Our March Donation goal is up. click here to donate.

3 replies to this topic

So in EOF, in order to get the muted chord part to show up in RS at a "good" position you need to assign notes to it. I used it as the first chord in a series of chords as muted, but now RS never shows the actual chord to play but just the empty windows, since the "first chord" displayed is muted.

I don't know if it's possible, but I don't think a muted chord should be considered as a real chord and the next "real" chord should still be displayed in RS. I know the example isn't the best as I probably should use the previous chord as muted, but I have several other sections in the song with the same issue. 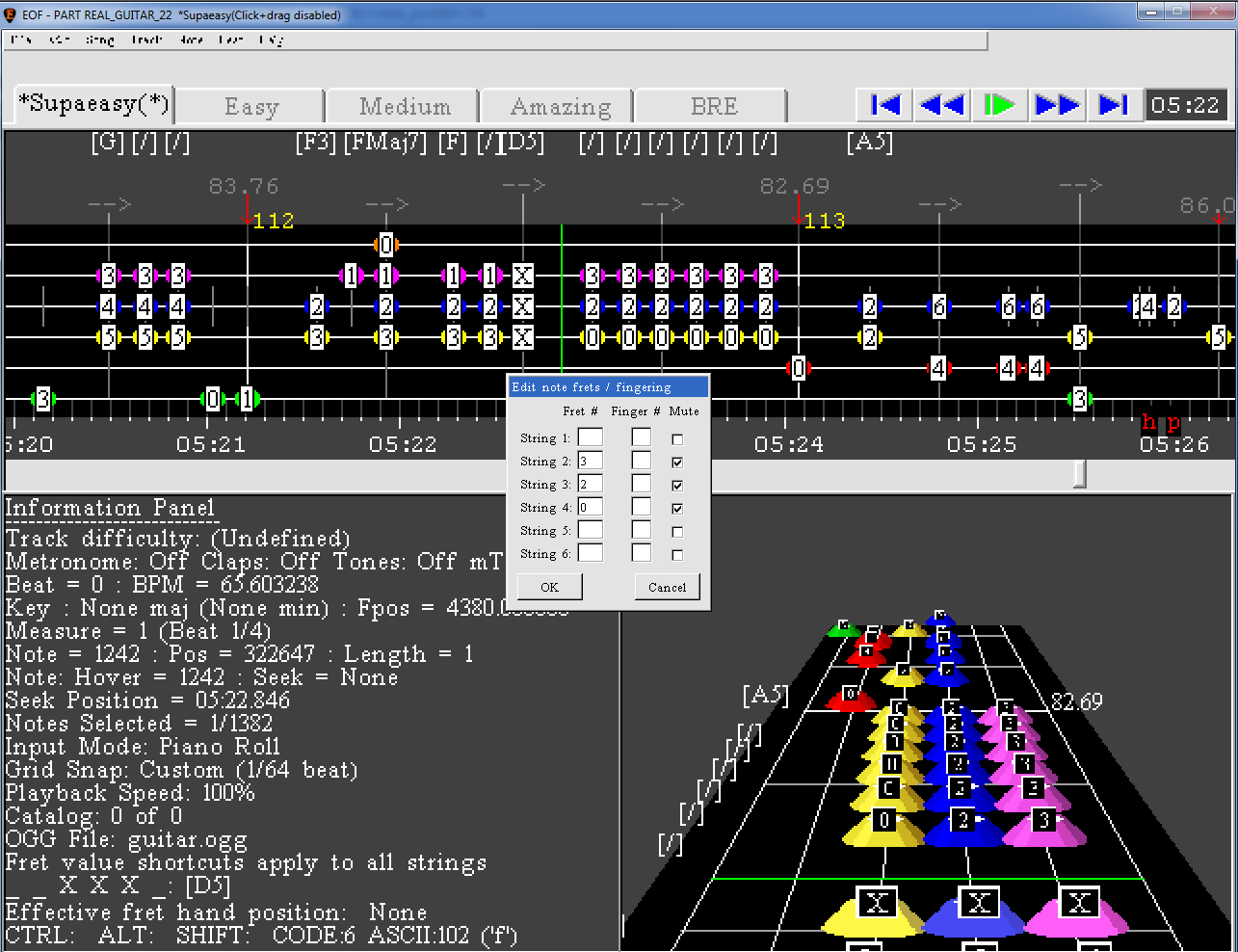 Done Nothing for the Community

Thanks! Must have forgot that was a thing. I'll just use that then

Done Nothing for the Community

It's a recent change in EOF.

Back to Editor on Fire